teammate but may run 2, 3 or more laps at a time before changeover. 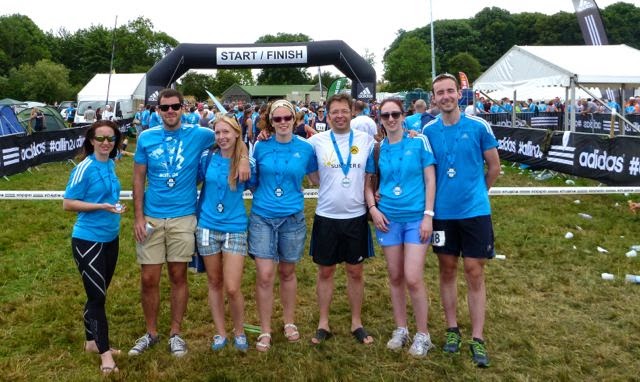 It was a weekend of camping, meeting inspiring people, running, running and more running. Looking back to the other 10km I’ve done before, this one was definitely the most exciting one. The trail was along a beautiful scenery but on the same time very challenging as the track twists and turns across varied terrain. You’ll find yourself running though forests, steep hills and open fields.

The day before the race:

We left London just after work and managed to arrive at 11pm at the campsite. Facing already our first challenge, my friend Teri, Gareth and I had to set up our tent in the middle of the night.

The day of the race:

Start at 12pm midday that was the killer! It was one of these rare hot days you wouldn’t expect and definitely wouldn’t go for a run. 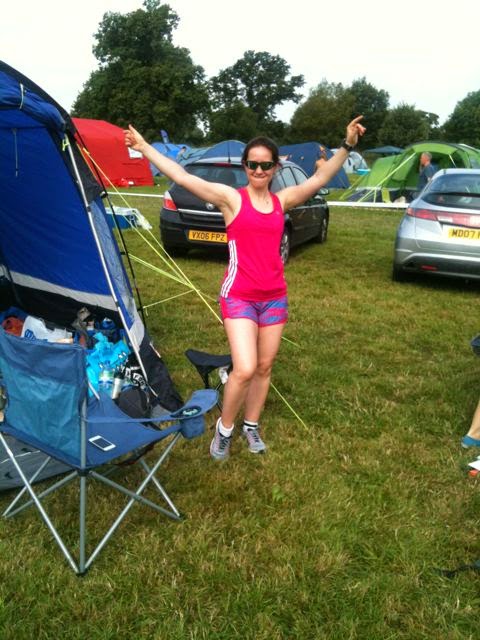 Excited about the next 24hours! 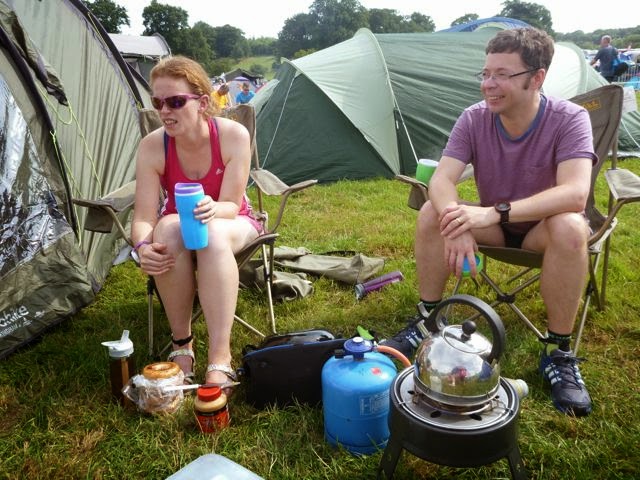 Breakfast: Getting to know our team members.

We were a team of 7 “strangers”. Three of us won a spot for the race by taking part in a competition from Parkrun and Adidas. Everyone was such a strong runner experienced in marathon running. I felt the weakest as I wasn’t able to train for the event due to an illness that lasted over 3 weeks. Mentally strong, knowing I had trained enough in the gym to have a good general fitness, I was up for doing as many 10km laps as possible. 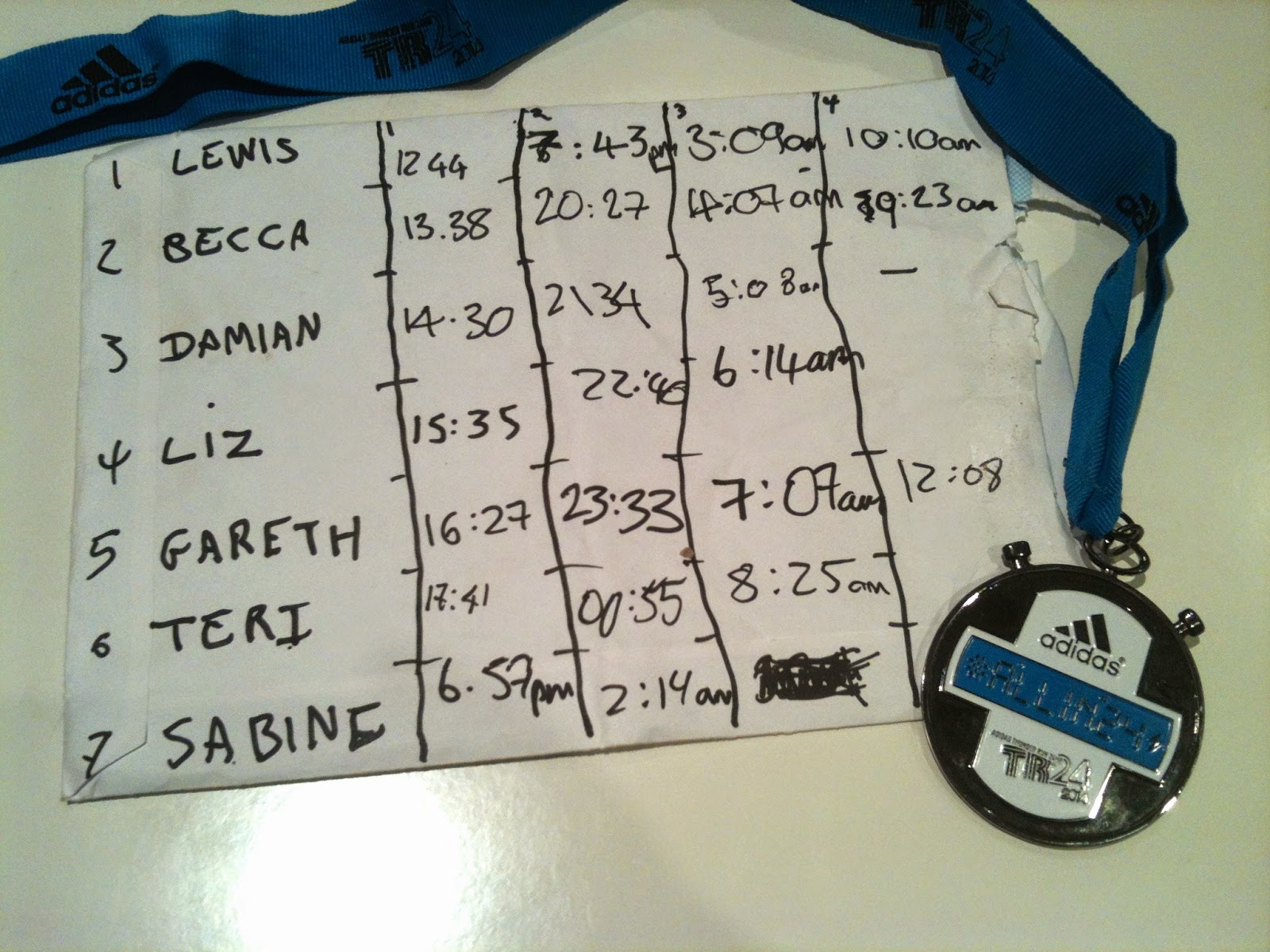 Running order and finished lap time was attached to the tent to be ready in time.

Very well organised we calculated the timings of every hand over and kept track of everyones finished lap time. During the day while waiting 5 hours until I finally started my run on the track, sun protection was essential. As we were camping very close to the course I was watching runners of all ages passing by. Some had a fancy dress on that made it even harder to run in the sun. 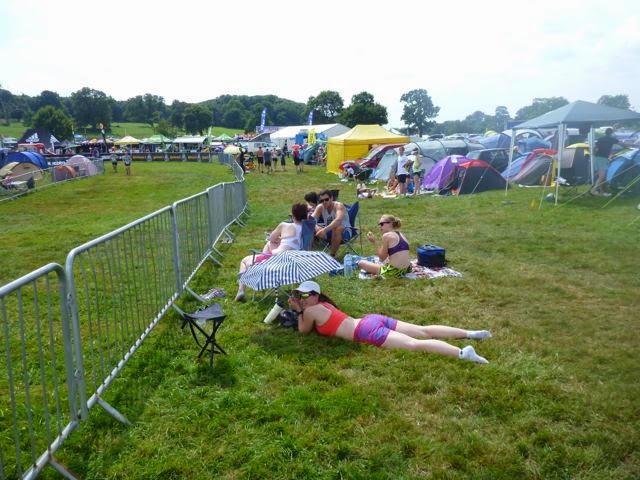 Camping was fun! It felt like a festival for runners. 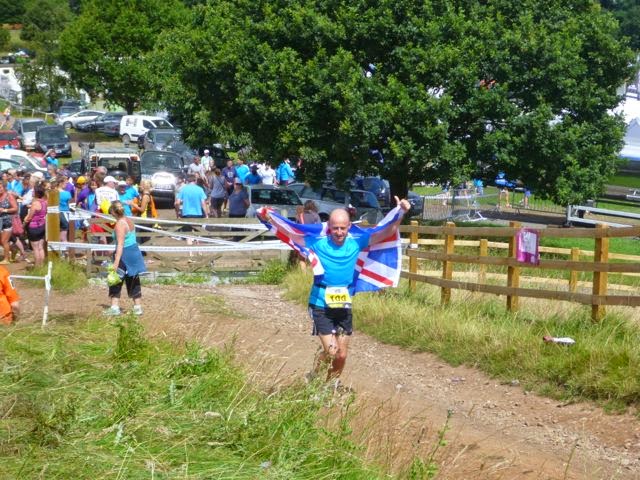 Solo runner on his last lap.

5:30pm at the start line, the sun was lower but it still felt like 26 C. Teri passed me the relay baton (orange bracelet) and like everyone else in my team she said “It’s hard and there are lots of hills.” Excited, I ran off.

My strategy was keeping a steady pace throughout the whole course. Around my waist I had a bag including a water bladder that kept me hydrated along the way. I don’t mind carrying it and to be honest the heat was the main challenge during my run. The hills were steep or long and just uneven. They were very tough to manage in the heat so I was even more impressed to see people racing up the hill.

I decided to walk the hills to save my energy as there were more laps to come. After kilometre 5 the water station was amazing! Instead of using the sponge I asked someone to pour a bucket of water over my head. Refreshed and ready for the “CONTI climb” challenge, I decided to sprint 15 meter up the hill with a chance to win a new pair of Adidas trainers for the whole team. Why not? (I knew I won’t be the fastest, but I always love an extra challenge). I came #114 and with 24,9 sec I was just 9 sec slower than the winner. 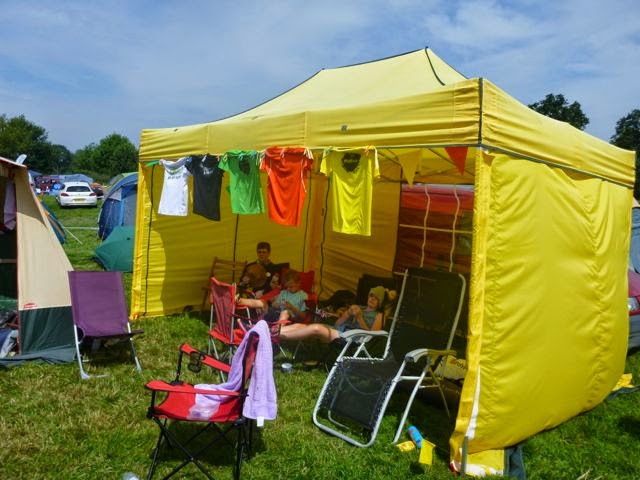 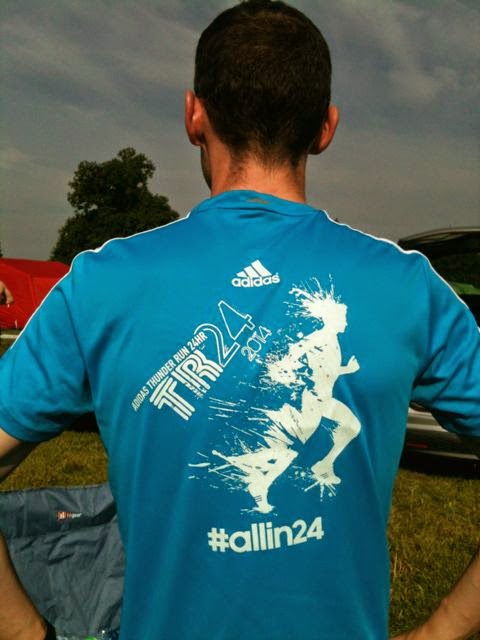 The first 10 km were done and I had roughly 5 hours to rest until the next one. I managed to squeeze in a quick nap and was ready at the start line for my night run by 12:30 am. Pitch black! With a small head torch on my forehead I was waiting for nearly 20 min until Teri finally crossed the finish line. It was pouring down with rain and I was so lucky that it stopped just before I had to go. 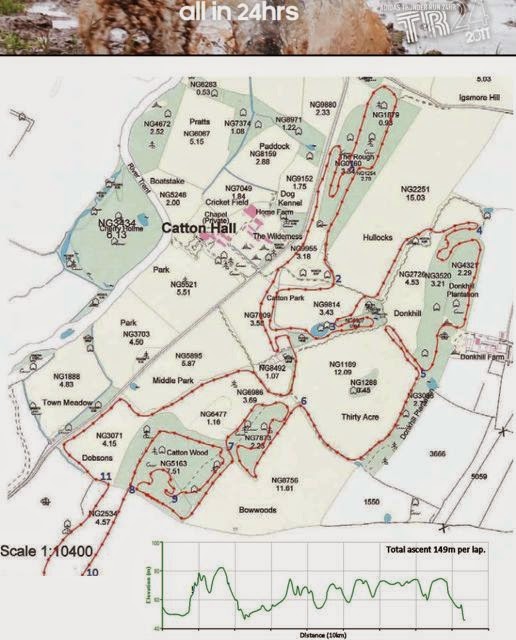 The course: 10km off road running through forest, steep hills and open fields.

My favourite! With just a spotlight as big as a football in front of me, I had to concentrate hard where I was running. It was still quite warm and with the rain it felt very humid as soon as I entered the forest. It reminded me of my Jungle Marathon race.

The hills I knew from the first lap. If you can’t see them they seem not as hard as during the day. Again, I walked up the hills but this time very dynamic and always pushing from my glut muscles. Overtaking some runners and with a very confident “running/hoping over the roots  technique”, I managed to complete the lap in 1:20h. The same time like before. When I felt my legs getting tired, the excitement of the night kept me going. A few times I was on my own. The darkness and my thoughts. Scary and beautiful on the same time. Imagine it like in a horror movie. It’s dark you’re alone, running away and suddenly a bright light appears behind you. Following you! But it was just another runner with a strong head torch attached. 😉

The 3rd run 8am in the morning:

I had to drop out! My legs were tired and already aching. I felt every step after completing 20km (without training) but I thought I could do more. It was a battle with my mind. A hard decision to make as I really wanted to do the 3rd round. Perfect weather conditions were on.  My mind was ready to go but my body was not strong enough. Yes, I could have finished another round, but would have risked twisting an ankle. I discussed it with my team and so did Lewis his 4th round. Liz was keen on an extra challenge as well and the last and 24th lap in total was completed by Gareth just 8 minutes after 12pm on Sunday. 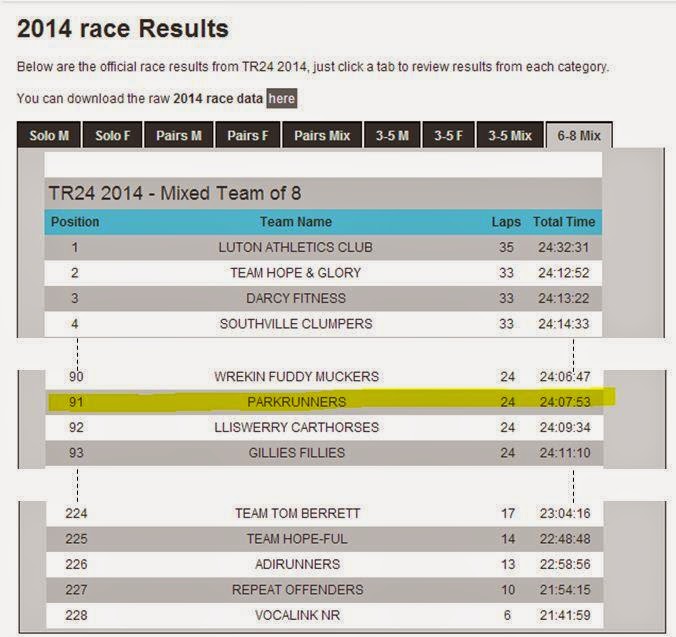 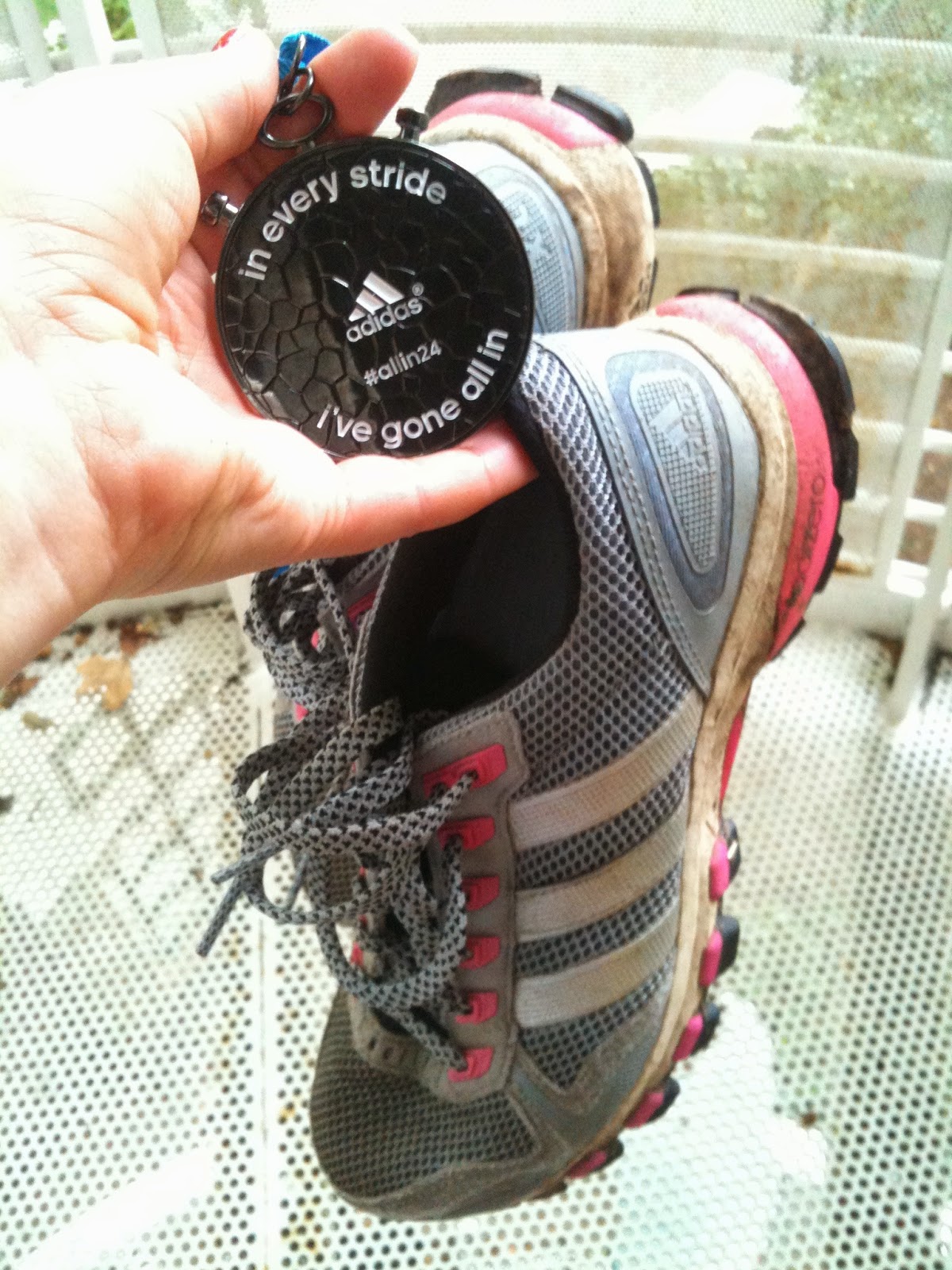 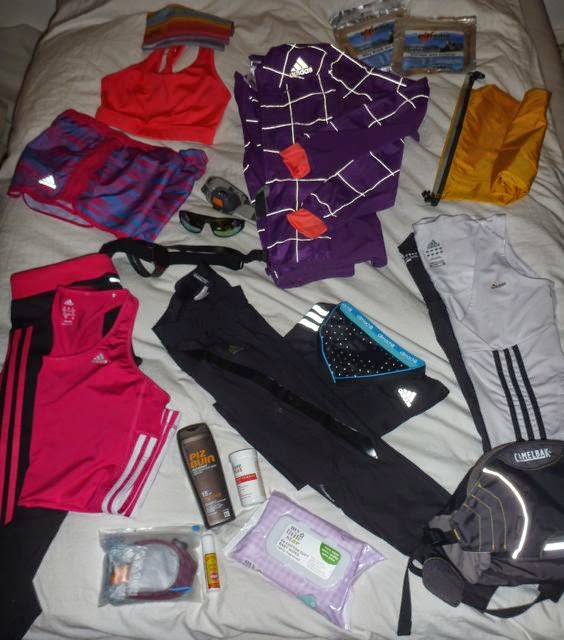 My kit sponsored by Adidas: Big thank you!

The atmosphere and the challenge is unique and a must run for every 10km+ lover!

Team Parkrunners will do it again #allin24 hours next year. See YOU there!